Appearance of birefringence in many basic and functional optical materials is well known through the Pockels effect and electro-optical Kerr effect in electric fields, the magneto-optical Kerr effect (Faraday effect) and Cotton-Mouton effect in magnetic fields, and the photoelastic effect under stress. Since the 1970's, many birefringence measurement studies have been performed on transparent dielectric or magnetic materials, since a change of birefringence with varying temperatures is typically associated with structural or magnetic phase transitions. Per the conventional birefringence experimental method, the value of birefringence is quantitatively obtained at the irradiation point. In contrast, for the process of polarization microscopy, a change in polarization can be observed as photographic; however, a quantitative analysis of birefringence for this process has not been realized. Thus, we developed optical birefringence imaging systems which demonstrate a high potential for comprehensively investigating various phase transitions. To completely demonstrate such abilities, the temperature, electric field, magnetic field, and uniaxial stress dependence of birefringence were measured in various optical materials (i.e., ferromagnetic, ferroelectric, and ferroelastic substances). As a result, highly accurate birefringence imaging at 384 x 288 pixels was obtained by the spatial distribution of not only the retardance level but also the optical fast-axis azimuth.

Since the discovery of ferromagnetism in Mn-doped III-V semiconductors, numerous investigations have been carried out for achieving a higher Curie temperature (TC) in diluted-magnetic semiconductors (DMSs). A TC of up to 160 K has been achieved in Mn-doped GaAs. The discovery of transparent ferromagnets at room temperature in Co-doped rutile and anatase TiO2 has triggered intensive studies on semiconductors of various oxides doped with magnetic ions. Transparent DMSs are only crystallized in thin films. Therefore, our goal is to obtain transparent bulk ferromagnets; however, A2CuF4 (A=K, Rb, Cs) are the only ones discovered, and their TC values are 6.25, 6.05, and 4.55 K, respectively. Transparent bulk ferromagnets are useful for optical isolators in wide optical information networks. The commercial optical isolator is a ferrimagnet, consisting of garnets, and a 1200 nm light source is used since garnets are restricted to lower wavelengths. Since the wavelength of the commercial semiconductor laser is 700 nm, ferromagnets with excellent transmittance at 700 nm can be widely used in next generation optical information networks. So far, to clear such a hurdle, various DMSs have been intensively studied. In this study, we present magnetic conversion from transparent bulk antiferromagnetic KNiF3 to transparent bulk ferrimagnet, with spontaneous ferromagnetic moment, using a diluted percolation method. Compared to typical garnets, however, it is difficult to prepare highly homogeneous solid solutions at magnetic concentration x=0.4-0.6. 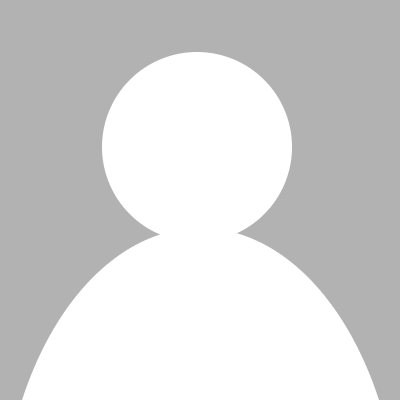 Hirotaka Manaka was born in Tokyo, Japan in 1973. He received his Ph. D. in 2001 at Chiba University. From 2001 to 2002, he worked as a Research Fellow at the High Energy Accelerator Research Organization (KEK) in Japan. He was appointed as an Assistant Professor at Kagoshima University in 2002. His research interests focus on magnetisms and optics. He received the 18th Inoue Research Award for Young Scientists (2002) and the 1st Young Scientist Award of the Physical Society of Japan (2007).